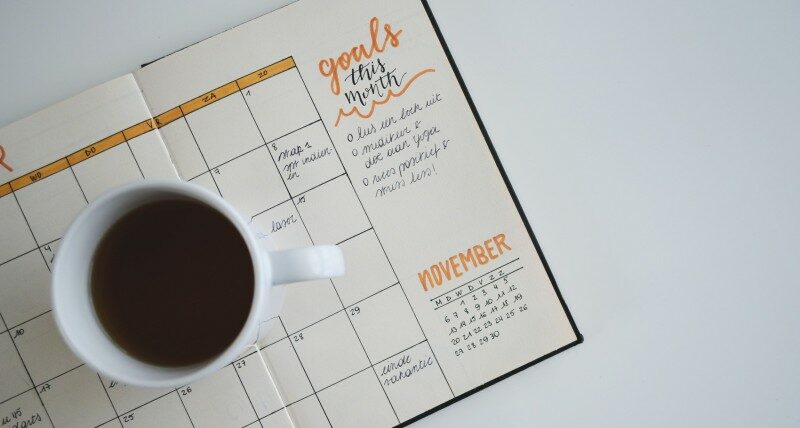 There are three critical periods in the fundraiser’s annual calendar that you should know about. They are as follows:

Do these three periods match your experience? Your agency’s actual experience should be infused, so modify my suggestions to fit your circumstances. Later on, I will suggest a few customizations you can use to enhance the calendar.

Here are the details.

Period I: The January Surprise

January is the second-best time to solicit gifts in the year.

January is hot! While Year-End Giving peaks with the 12/31 tax deduction deadline, data shows that the curve of year-end giving continues into January. Some donors save your appeal until their budgets recover from all that holiday spending. Then they give.

Other donors, those who had given away their budgeted charitable amounts long before 12/31, are now able to reconsider you in January because they are looking at their New Year budget. Therefore, for those who did not give to you in the last two months of the year, go ahead and ask them for support in January. It’s a good idea to focus these appeals on starting fresh and your plans for the upcoming year.

Segmenting the “non-responders” to your year-end drive and sending them a donor survey is advisable in order to find out what’s going on. I’ll say more about non-responders later on.

July to August may be the worst time for fundraising.

July and August are usually seen as the worst months to expect returns from direct mail. While you shouldn’t focus exclusively on direct mail, that doesn’t mean you should stop working for two months! Consider these action items perfect for this period:

What donor cultivation or stewardship can you do at this time? Pick up the phone and call your major donors, even if you have to set times to meet after Labor Day. Send out an informative newsletter. Last July, one agency that I support sent me an article about their work that had been published in the local newspaper. I read every word and it helped me better understand their programs. When their fall appeal arrived, they received my largest donation.

Take the time to learn more about fundraising processes and best-practices that you can bring into your year-end appeal. Here is a tip that I read about during the summer last year: Donors are three times likelier to give online in response to a direct-mail appeal than an e-appeal.  Because of this tip, I now always send a postal appeal whenever I send an e-appeal. Think about how you can coordinate your email appeals and your postal appeal to raise the most money. Integrating the two boosted the annual return rate on appeals by 23% for one of my clients.

Get to know your donors by reviewing your donor database to see what information is missing and then designing a survey. Usually, five questions will suffice. After you ask for updates to their contact information, date of birth, and spouse’s name, ask questions about their preferences for how you contact them, their program interests, and what other nonprofits they give to. You can send the donor survey any time of year. One nonprofit I worked with included their five questions inside their gift acknowledgment letter with a postage paid return envelope. They learned a lot and had a very high reply rate.

November to December is the time of year when the most money is raised.

Thanksgiving is a time to say thank you! Organize your staff, board, and volunteers to call your donors to thank them for their support. Don’t ask for money, just tell donors what you’ve been up to over the year and let them know you appreciate them. You can provide a script to make this easy for people. You’ll be amazed by how much people like being thanked and how it will affect their year-end giving. Click here for more about Thanksgiving tactics.

#GivingTuesday is celebrated on the Tuesday following Thanksgiving. It was launched in 2012 dedicated as a day to giving back, after the commercial focus of Black Friday and Cyber Monday. Those who participated raised more money online that day than ever before. Send an eAppeal on #GivingTuesday and promote it across all your social media channels. To learn more about #GivingTuesday go to http://givingtuesday.org/ and go to my in-depth analysis to see if participating in #GivingTuesday makes sense for your organization.

Schedule Major Donor Meetings. Most nonprofits do not meet in-person with their donors and therefore don’t know as much as they should about them. I realize that we’re all busy, but as fundraisers, we should be all about the personal relationship. By the middle of December, you should have met with the top 20% of your donors and listened to their wishes. Set the dates on your calendar as to when you’re going to ask donors to meet with you. Sometimes group meetings work well. Meetings are also effective for your lead donors, those who give $1,000 on average each year. In any case, go meet!

Non-responders need special care. Sending just one year-end appeal letter is unwise. You need to plan to re-mail to non-responders within two or three weeks of the first mail drop. Apologize to them if their response and your reminder request crossed in the mail and let them know that if it weren’t so important you wouldn’t be asking again. This tactic is usually overlooked but if you include it you’re likely to raise your return.

There are also smaller lucrative fundraising moments that you can seize and it’s important that you get these on your calendar too. Perhaps they are the birthdays of your top donors or the marathon that your board and staff run every year that has become a lucrative morale booster.

Valentine’s Day and Mother’s Day are underused days to ask for support. People are drawn to value-oriented ways to celebrate these holidays, so giving in memory of, or in honor of, our loved ones or “Moms” works well. The histories of these holidays are rich and culturally varied, so you can take an approach that best fits your nonprofit. One example comes from an anti-war nonprofit who reminds their donors every year that Julie-Ward Howe reinvigorated Mother’s Day as an anti-war drive: she did not want her son to have to go fight in a war.

“Specialized” holidays in-line with your mission may engage your donors. Do you work to fight racism? February is Black History Month. Native American Day varies depending on the state. Do you work to help women around the world? – International Women’s Day is March 8th. Does your organization have an environmental mission? – Earth Day is April 22nd. Does your organization help soldiers and their families? Memorial Day is a great time to make an appeal.   You don’t want to go overboard but do pick one or two holidays that fit your mission and go for it.

Some nonprofits, however, will have a contrary annual schedule. For example, one agency with whom I worked, a summer camp, secured last-minute camperships from their donors at the beginning of every July. Their donors were accustomed to giving at this time and that never changed. Seeing the summer as the least favorable time to raise funds must be taken into your particular context.

Yes, I do recommend that you make a calendar. We use Outlook and set the dates in there, with those staff members involved copied into the scheduler. It seems obvious, doesn’t it? Yet so few development offices have an annual calendar where their fundraising activities and deliverables are charted. We also set a reminder for the month before a deadline is approaching so that we have enough time to manage all the production deadlines.

I hope that these ideas get you started in planning your annual fundraising calendar.

Are there any moments that are lucrative for your organization that we’ve missed?