Lessons from Misfits: What Rudolph Can Teach Us About Fundraising 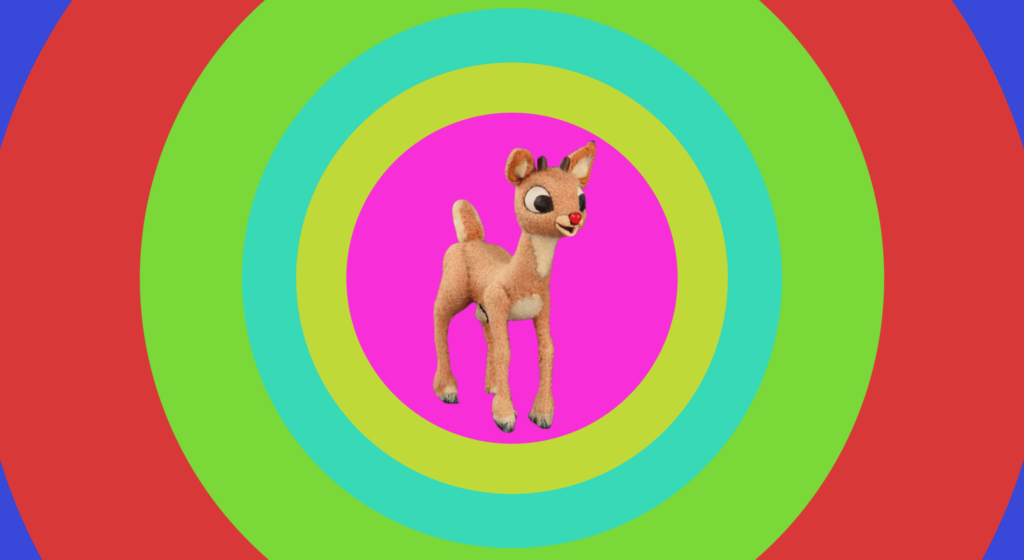 December seems to pack two months worth of activity into 31 short days. Advent, holiday gatherings, shopping for presents and, for fundraising professionals, year-end giving all quickly overwhelm our calendars. Amidst the chaos, however, there is one event that I make a point of reserving time for every year: the annual airing of “Rudolph the Red-Nosed Reindeer.” Its sixty minutes on television have had a special place in my heart since the first time I had the pleasure of watching it, and my enjoyment has not waned over the years. This year, it occurred to me there are a lot of lessons we can learn from Rudolph and our friends on the Island of Misfit Toys, lessons about fundraising.

Let’s start with Hermie, the elf who really wanted to be a dentist. He felt like a misfit because he was unable to live out his purpose. He knew he was called to do something but lacked direction on how to realize his dream. This a feeling that is also true of many of our donors. They, too, are searching for purpose. Viktor Frankl, author of Man’s Search for Meaning wrote “Humans are driven by a will to establish meaning in their lives. They need purpose.” In The Spirituality of Fundraising, Henri J. M. Nouwen wrote about how fundraising can fulfill this need for purpose, saying “Fundraising is proclaiming what we believe in such a way that we offer other people an opportunity to participate with us in our vision and mission.” When we connect donors to our mission, we’re offering them a way to discover their purpose, to use their gifts in a way that fulfills both their needs and those of the world. Think of how happy Hermie is when he’s finally given the opportunity to fulfill his purpose of being a dentist—that’s the sense of joy our donors receive when their philanthropy has purpose.

The Misfit Toys can also teach us a few things about how we engage with our donors. From Charlie-in-the-Box, to the train with square wheels on its caboose, to the spotted elephant (my favorite), they all wanted one thing above all else. They wanted to love and be loved in return. Isn’t that what our donors want, as well? Philanthropy is, translated from its Greek roots, love for humanity. Through their philanthropic giving, donors are showing love for their fellow man. We are called upon to reciprocate that love and can do so through good stewardship practices. Prompt and meaningful expressions of gratitude, using gifts as the donor intended, reporting back often and in multiple ways about how the gift was used and the impact it had are all ways to shower donors with love. The simple act of giving our donors the same care and affection they give to our mission is transformative—not unlike giving a spotted elephant a forever home on Christmas.

I’m also convinced that Yukon Cornelius was a fundraiser, and not just because he’s out looking for silver and gold. The first clue is his communication style, which is very donor-centric. He recognizes that the same message won’t work for all audiences. While adrift on a piece of ice with Rudolph and Hermie, he observes, “This fog is as thick as peanut butter.” Rudolph says, “Don’t you mean pea soup?” to which Yukon Cornelius responds, “You eat what you like and I’ll eat what I like.” How often do we try to feed our donors pea soup? Many failed direct mail appeals are the result of focusing too much on our own preferences and forgetting that we’re writing for our donors! What really solidified my hunch about Yukon Cornelius’s secret fundraising career, though, is how he developed a relationship with the Bumble (a.k.a. The Abominable Snowman). While everyone else feared and avoided the Bumble, Yukon Cornelius got to know him and discovered what motivated him. It turned out that the Bumble wanted to fit in like the other misfits in the story, but he also wanted to be helpful—the formerly ferocious beast was beaming with pleasure when he put the star of the North Pole’s Christmas tree! Nouwen reflected about fundraising professionals, “We have something to offer—friendship, prayer, peace, love, fidelity, affection, ministry with those in need, and these things are so valuable that people are willing to make their resources available to sustain them.” We, as fundraisers, should follow Yukon Cornelius’s example and listen to our donors, get to know them, and help them in their desire to be helpful. Don’t pull your donors’ teeth, though; that’s one technique I don’t think applies.

And what about Rudolph himself? When we first meet him in the story, Rudolph knows he’s different because of his glowing nose and, frankly, is a little embarrassed about it, identifying with the other misfits.  He tries to cover his nose and when that doesn’t work, he runs away. His nose goes wherever he does, though, and he apologizes when its glow causes the Bumble to discover his fellow runaways. In the end, he learns that his nose can be used for a greater purpose and lights the way for Santa’s Christmas Eve journey, bringing joy to the world. That, my fundraising friends, is what we need to remember. We often feel embarrassed about asking donors to give, sometimes even apologizing for our work, but we needn’t do so. The funds we raise serve a greater purpose for our donors, for our missions, and for God’s Kingdom. Jesus said in the Sermon on the Mount, “let your light shine before others, that they may see your good deeds and glorify your Father in heaven (Matthew 5:16).” You, as a fundraiser, light the way for your donors to join your mission, for your organization to move its mission forward, and for your mission to make a difference in the world. Remember the story of Rudolph and let your light shine, for you are helping God’s gifts reach His children!