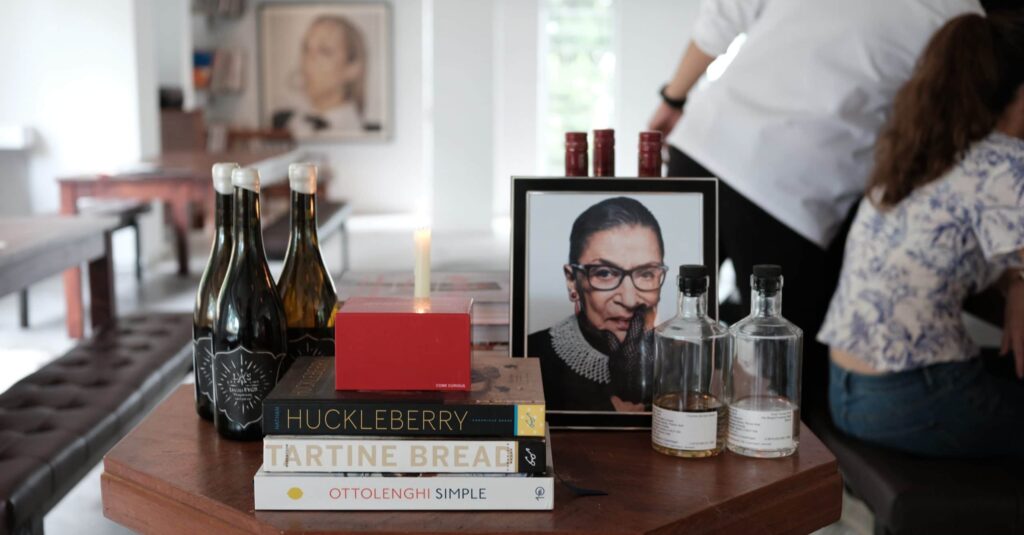 Here are a few of her favorites:

Hand in Hand, a network of integrated public schools where Jewish and Arab children in Israel learn together — and from each another — with the hopes of fostering peace, respect and understanding.

The American Bar Foundation, a preeminent legal research institute. The justice became a fellow of the ABF in 1978.

A devoted opera fan, she often attended opening nights of shows around Washington, DC, including the two seasonal productions each year at the Washington Concert Opera.

New York State will honor the life and legacy of Justice Ruth Bader Ginsburg with a statue in Brooklyn. Ginsburg was born in Brooklyn in 1933 and grew up in the borough’s Flatbush neighborhood. Governor Cuomo stated, “This statue will serve as a physical reminder of Justice Ginsburg’s monumental contributions to the America we know today and as an inspiration for all.”

The day after RBG’s death, Democrats raised a record $91 million.

Demand Justice, a relatively new group formed to match the powerful conservative legal apparatus, quickly pledged to spend $10 million “to fight to ensure no justice is confirmed before the January inauguration.”

Our huge take-away is that donors who have given over $2,500 in Federal Election Committee (FEC) and political giving are 14 times more likely to donate to a nonprofit than the average person. People that are giving to political candidates are more likely to give to you, the data is very clear on that.

RBG embodied that trait. The fact that this is an election year is to our favor as nonprofits because civic engagement is high, and donors want to help.

For womyn, if you have a credit card in your own name, your own credit history apart from your husband, if you have leased an apartment or bought property in your own name, or consented (or rejected) medical treatment, if you played a sport in school, then take a moment and thank Ruth Bader Ginsberg. The funny thing is that these systemic changes have helped charitable giving!

She once said, “If you want to be a true professional, do something outside yourself,” the very definition of a philanthropist.

As I think of her charitable life, it’s worth noting that red, blue, green are the primary colors of light. Thank you for shining your light on us.