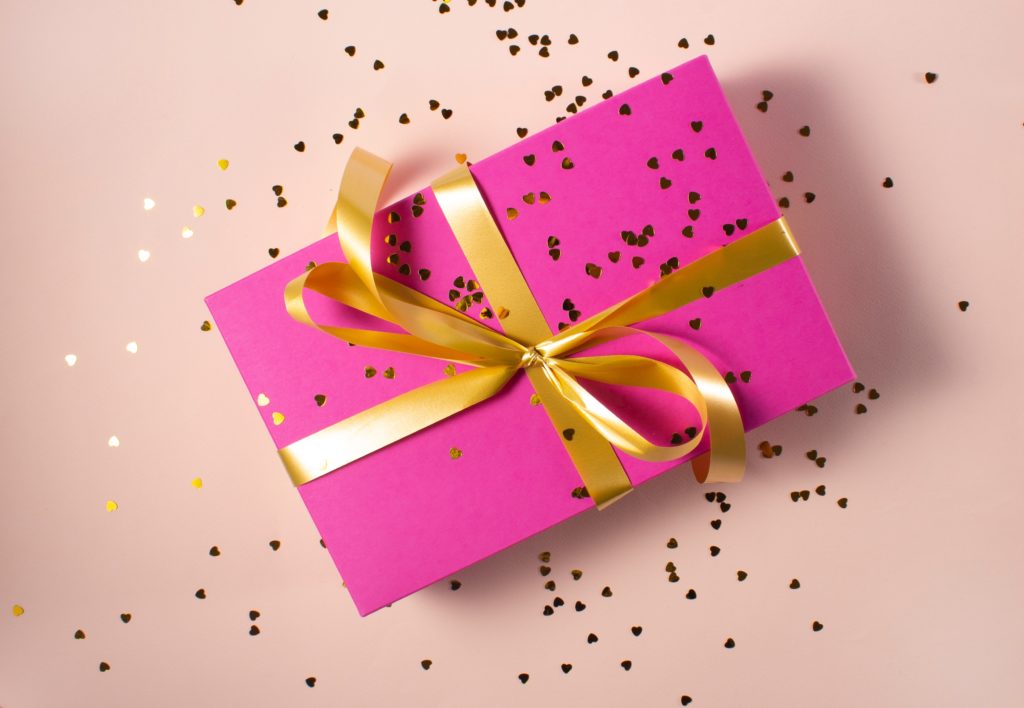 My answer: it depends on what sort of gift and which donor segment you have in mind. It also depends on your previous conversations (or not) with them or what they may have said in their donor survey. A gift can work to your advantage, or it can work against you.

This particular CEO was asking about sending gifts to her major donors. What defines a major donor varies from nonprofit to nonprofit. An easy way to segment your major donors is to look at the range of giving from the top 20% to 30% of your donor base. In this case, her range was $35,000 to $125,000, and she had 52 donors in that range. However, she could also have been asking about all her other donor segments, and if they should receive gifts too, what we in fundraising call “premiums.”

Donor premiums are usually small gifts offered in exchange for donations: bumper stickers, coffee mugs, tote bags. They seem like a great way to acknowledge supporters and turn them into regular givers.

Donor premiums can be a smart part of your fundraising strategy; however, it is not as simple as it appears.

Be Aware: Not All Donor Premiums Raise More Revenue

A paper in the Journal of Economic Psychology, The counterintuitive effects of thank-you gifts on charitable giving, describes a series of experiments that show that, contrary to expectations, rewarding contributors cuts donations in most circumstances. The Yale researchers who conducted the study, George Newman and Jeremy Shen, found that the most probable reason for the negative effect on contributions was “crowding out.” Receiving a gift activated a feeling of selfishness in donors, which, in turn, reduced altruism and hence cut the average donation.

Premiums may actually decrease charitable giving. The traditional and non-traditional premium can greatly reduce response rates and total dollars raised. Premiums can change the mental calculus for the best donors and turn them from high quality, high motivation donors to non-donors. In some cases, the extrinsic motivator (the premium) isn’t nearly good enough to match or exceed the intrinsic motivation (the altruism of giving). The crowding out effect is also evidence that, in the case of donor motivation, quality matters more than quantity. One powerful note that makes it to your donor’s fridge is worth 100 tote bags that end up in the trash. The good news is that your donors’ quality of motivation is under your control to foster and deepen or diminish and regress! See my piece on Why Donors Stop Giving To You.

A premium can reduce a donor’s intrinsic motivations and ironically suppress giving. Premiums tend to be most effective for non-donors and, in some cases, lapsed donors. And this makes sense. Premiums are generally best used to boost acquisition by “sweetening the deal,” so to speak. Some say that for your existing, active donors, there’s less of a reason to make a special offer because they are already engaged. I am not so sure.

Should you do away with donor premiums? Not necessarily. Consider these examples of what works before you decide.

You can offset the crowding out effect that premiums can create. The Yale study found that when organizations connected the premium with their mission, there was no reduction in gift size. For example, instead of saying, “If you donate, you’ll get a free tote bag,” you can frame the premium as an opportunity for the donor to help spread awareness. Explain to the recipient that a tote bag, bumper sticker, or coffee mug can be a conversation starter with someone who might be interested in supporting the cause.

By connecting the premium to your mission, you encourage donors to advocate for your organization while allowing them to enjoy the gift. It’s important to note that the crowding out effect took place when organizations offered the premium upfront as an incentive to donate.

The data from this study doesn’t make the case against sending gifts to donors after the fact. Since an unanticipated “thank you” gift cannot create a feeling of selfishness, it presumably does not crowd out altruistic feelings (though there still is the chance that some donors might see these thank you gifts as wasteful).

Most of my experience is in giving major donors small gifts that I knew would make sense.  I knew the major donor would welcome a certain type of gift because I had relationships with them or had asked them in a donor survey. I’d ask: “Once a year, we’d like to send you a token of our appreciation that reflects who we are. It’s generally a book related to our mission, or craft produced by our clients. Is that okay? Yes or No.” I also ask this question in conversation, and I record the answer in the donor record.

Examples Of Gifts That Work

As part of their year-end drive, The Fellowship of Reconciliation sent me a book on the life of Dr. Martin Luther King. It contained a handwritten note from the Executive Director asking if we could set a time to talk. In reading the book, I recalled why my membership in the Fellowship was so important, and yes, I agreed to the call gladly.

The esteemed philanthropist, David Rubenstein, recently asked me if I wanted a copy of his new book, How To Lead. I was thrilled to be asked and responded, “yes” immediately. While not raising funds, David intended to contribute to our sector’s public education, a noble goal.

The international nonprofit Bread for the World asked me for my input on their Christmas card designs. I liked being asked. There were six designs, and I could pick three. When their year-end appeal comes around, I always donate because I know they think of me.

Lastly, there’s giving the gift of a real relationship. It’s probably the most valuable gift you can give. It starts with regular phone calls to the donor, occasional Zoom meetings, and handwritten notes.

All of these examples convey the values of the nonprofit, and all were winners. They made sense.