Off The Plateau: An Annual Fund Soars 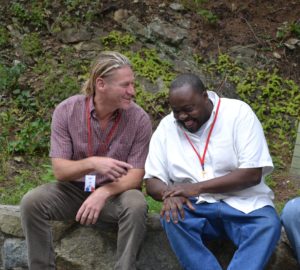 Here’s a story with a happy ending and a robust annual fund. You may have heard of St. Christopher’s Inn (SCI), a LAPA client since 2014. Located on the heights above the Hudson River, just across from West Point, the agency’s services for homeless men in crisis were described in a national publication—Look magazine—65 years ago. Today, SCI is licensed by the State of New York to provide addiction treatment, and medical and mental health services, in addition to shelter services.

Its accomplishments are glowing. The Inn receives more than 100 client inquiries per day, hosts up to 190 men at any given time, serves nearly 1,000 men each year, and has achieved a unique 77% success rate for substance abuse treatment—the highest completion rate for similar programs in New York State

The Inn’s fundraising, however, had not been keeping pace with its terrific program outcomes. Like so many nonprofits—perhaps yours, too—its annual fund had reached a plateau and, worse, was actually regressing. The number and amount of contributions being received were in decline.

So the Inn turned to LAPA to reverse this trend.

We started by conducting a Development Audit (the first four months) and a Private Grants Assessment (months 5 and 6). Through these two instruments, we investigated all of the factors affecting SCI’s ability to raise funds.

Three key questions were asked: Where are we now? Where do we want to be? How will we get there? Based on the answers, LAPA took the following action steps:

-Guiding the Board of Directors in forming the first Development Committee in the history of SCI and clearly defining its role.

An Intervention That Worked

In a few words, LAPA helped advance the culture of philanthropy within SCI. Everyone from the Board on down came to realize that rather than a necessary evil, fund development is integral to the health and vitality of the organization, and the leadership especially has an active role to play in the process.

-More major gifts have been secured.
-A robust private grants program has been built up from scratch.
-A large government grant was secured for a key service that had been short of funding.
-A functioning Corporate Council has been established where once there was no such entity.
-Appeal letters are now grounded in outcomes and speaking the “donors’ language”.

The Results Are In

SCI raised an additional $700,000 in the first year of our engagement alone. The agency now realizes a return of investment (ROI) of $6 for every $1 invested in LAPA’s services. The support the Inn now receives fills a substantial gap between actual costs and Medicaid reimbursements.

“Before we started working with LAPA,” says Don Ehman, chair of the SCI Development Committee, “our development efforts focused on an annual Board dinner. Since working with LAPA, we’ve built a real culture of philanthropy, significantly growing our revenue from grants and major gifts. We’ve even started our first planned-giving program.”

We are moved and grateful for the Inn’s partnership and thank them for being so open to real change.

Seeking a happy ending to your fund? Email us for a free consultation.