A successful campaign raises the funds you need and improves your organization’s overall health! The key question for campaigns is ‘How can we transform our organization to meet the campaign challenge and yet generate ongoing support? This type of ‘ground up’ thinking drives LAPA’s approach.

LAPA works with you to prepare well for the campaign – a “Get Ready” phase – by reviewing your fundraising structures: we examine your strategic plans; interview your development team and support them as needed (often through coaching); and create the plans to identify and cultivate donors, prospects, and volunteers. We often perform an in-depth feasibility study to determine the perception of your organization by stakeholders and prospects, and their capacity to give, and we analyze internal and external factors that can affect the success and timing of your campaign.

Campaign leaders are worth their weight in gold, and LAPA knows how to identify them, talk with them, and inspire them to step-up. Leadership is another name for a successful campaign! Campaign Leaders join together and form the campaign cabinet which guides the solicitation process to secure major gifts.

After identifying sufficient major gift prospects, the campaign leadership approves various solicitation strategies, and LAPA prepares the donor proposals, trains volunteers, and solicits gifts with you. Donors immediately ready to give are approached, and a springboard to widen your donor circle is sprung. We use the lead gifts as a launching point to generate other giving, but also we continue to research and solicit more individual gifts.

Once major gifts have been obtained, LAPA extends your campaign to the wider public through direct solicitation, development of event strategy, targeted marketing, and follow-ups to non-responders. We also help you refine the strategy to deeply acknowledge volunteers and donors and celebrate their efforts and your success.

Read more about how LAPA can help you exceed your goals for your next capital campaign.

An Overview of Development

The Pyramid of Giving

LAPA’s custom campaign process has been fine-tuned for hundreds of campaigns of all sizes. Our capital campaign consultants each average 20+ years of senior level consulting ranging from arts and cultural organizations, independent schools and higher education institutions, human-service, healthcare and social organizations and faith-based institutions. Each LAPA associate brings their own unique executive experiences and personal passions to your campaign.

Read more about how LAPA can help you exceed your goals for your next capital campaign.

Most donors and their families have every intention of fulfilling their original campaign commitment, but they need reminders, and guidance to do so.

That’s where LAPA’s Pledge Redemption services are essential to your campaign.

By providing timely friendly reminders through the course of the pledge payment period (usually three to five years) you have a greater chance of collecting all the revenue pledged to you, and be worry free throughout the process. LAPA assumes the responsibility for all of the notices, letters and printed materials being produced and used for pledge redemption.

This is our guarantee to you: we protect you from the mishaps of collection and assure that the revenue promised you is delivered. We have the associates and equipment to do all of the clerical work, printing, letter generation, folding, inserting, stamping, labeling and mailing necessary each month to redeem your pledges. This work will not fall to your CEO, pastor, development staff or volunteers.

Our structured Pledge Redemption Program is more effective and less expensive than you doing it yourself. More importantly, it allows your staff to be free to focus on their own duties to raise more funds. Our fee includes all materials, labor and postage required to redeem the pledges a total price without hidden fees.

LAPA Fundraising offers full-scale legacy and charitable estate planning services to nonprofits seeking to enhance their planned giving programs. We work as a carve-out solution for large organizations, working with strategic donors. We function as a total gift planning outsource for small-to-medium sized organizations. We support planned giving staff in their important work. But what we really do is ask donors the right questions—guiding them toward making the most of their legacies through the gifts they give to heirs and charity.

Using a unique process that digs deeply into donors’ values, wants, and needs with regard to family, financial, and philanthropic goals, we help them determine what they want to accomplish with the whole of their estate. The outcome is a more informed donor with a greater sense of clarity and a stronger relationship with the nonprofit institution. A typical result is a substantial gift to the organization.

Give the gift of foresight to your donors.

Once you retain LAPA, we work together to create a best-donor-prospects list. We then introduce our legacy planning process to those prospects, and ask the donors to meet with us individually. At the meeting we administer a questionnaire regarding the family financial and philanthropic goals. Based on the answers from the questionnaire, our consultant writes a Family Financial Plan to satisfy the donor’s legacy objectives. Subsequently, the donor meets with their estate planning attorney (a meeting that we can participate in) who reviews our plan and recommendations and drafts the attendant legal documents to make the legacy a reality.

LAPA will never sell products to your donors, sell their names to any other institution or bill them for services. 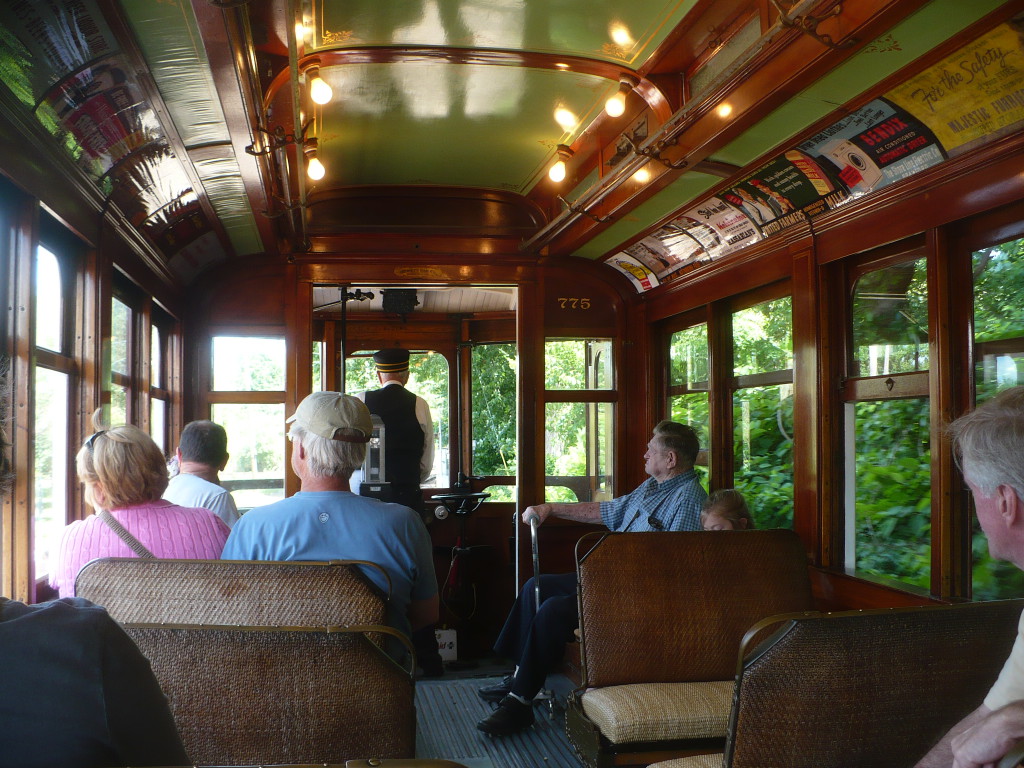 Founded in 1945, at the twilight of the era of American trolley cars, the Shore Line Trolley Museum of East Haven, Connecticut, preserves the history of this distinctive mode of transportation through a collection of 100 vintage trolleys and buses from around the country and Canada, including the New Orleans “Streetcar Named Desire” immortalized by Tennessee Williams. This unique collection, however, has been stored in open-air sheds on land where severe flood damage is a looming danger. To protect the collection, the museum needed to erect two enclosed storage buildings at a cost of $2 million. The museum has no paid professional staff and is operated entirely by volunteers.

LAPA created a defined capital campaign with a $2,000,000 goal, and brought together board members, donors, members, and community leaders to drive it. We built a strategy that included conventional fundraising, web-based giving, naming opportunities, and a planned giving program. We also developed a plan to pay for the program, which made the campaign possible.

The culture of the Shore Line Trolley Museum now emphasizes fundraising, community outreach, and a long-term view of the Museum’s possibilities. One hundred percent of the Board members have made personal commitments to the campaign. The Connecticut state legislature approved a $1 million grant. A total of $1,500,000 was raised in the campaign’s first 18 months, and the museum is on track to reach its ultimate goal ahead of schedule.