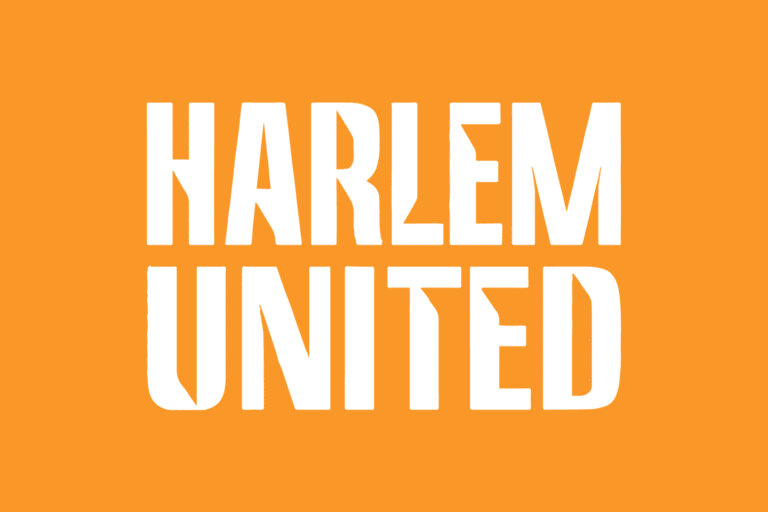 Harlem United helps people with HIV/AIDS who are also dealing with homelessness, mental illness, or substance abuse. We provide grant writing as well as technical assistance for the organization.

Harlem United (HU) has worked tirelessly since 1988 to address the issues and concerns of underserved communities in New York City. With a $50 million annual budget, HU’s mission is to provide healthcare, housing, prevention, and supportive services to those most in need, fighting for the Harlem and Bronx communities’ right to access these services equitably without the barriers of racism, stigma, or discrimination.

HU faced two challenges: First, how does an organization that built its reputation on combating the HIV/AIDS epidemic at its peak continue to thrive when that disease is no longer at the forefront of the national consciousness?

Second, HU understood that HIV/AIDS is connected to the cycle of poverty, disenfranchisement, a lack of nutrition, and individuals’ susceptibility to other medical conditions. But HU’s government contracts were not sufficient to fulfill the agency’s dream of eradicating HIV/AIDS—and addressing these interrelated issues—in Upper Manhattan and the S. Bronx.

One highlight of this work was LAPA’s recommendation to conduct a program feasibility study. Once the study was defined, we asked the Robin Hood Foundation to fund the study, and they agreed.

First, HU wanted to know if the proposed HIV prevention program was welcomed by the community. The LAPA led study tested new project ideas for HU’s HIV prevention program with 25 peers and 40 members of the neighborhood. This process allowed HU to develop several new community healthcare programs, including the BLOCKS Project. The BLOCKS Project was a block-by-block, geographical approach to HIV prevention. HU focused on the most at-risk blocks in each neighborhood. After the first two years, the BLOCKS model expanded to provide HIV and STD testing services, educational resources, and treatment—not only for people living with HIV/AIDS but also for those living with hepatitis, hypertension, and other chronic conditions.

LAPA successfully reviewed this programming with 15 major HIV/AIDS funders. We raised $1.5 million per year over five years for this project alone—ultimately raising a total of $7.5 million.

Other highlights include securing an array of government and foundation funds for new and ongoing HU programs. For example, we were awarded a $30,000 Community Development Block Grant for a Harlem United Bronx-area youth development program—a first for the client. In addition, we secured a $75,000 grant for HU’s youth internship program, a sum that exceeded the program budget for a full year. We also secured a $300,000 grant for two years for information technology.

HU’s annual ROI averaged $6.71 for every dollar spent with LAPA. The engagement ran for 12 years, and on average, $1.7 million was secured in grant funds each year. Twenty-three percent of the grants we secured were for unrestricted support.