How Generous is the Charitable Giving of Presidential Candidates? 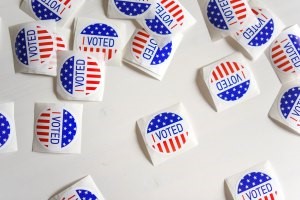 Here is what we know from the most recently released tax returns (with candidates and their spouses ranked from least to most generous as a percentage of Adjusted Gross Income):

For perspective, here is some information about past presidential candidates:

Barack Obama gave 21.8 percent of AGI in 2011 while running for re-election as President.

Mitt Romney gave 29.4 percent of AGI in 2011 while running for President.

Joe Biden gave 1.8 percent of AGI in 2015 (the most recent year available) while Vice President.

Bill Clinton gave 6.7 percent of AGI in 1992, the year he was first elected President.

While President Donald Trump has refused to release his personal tax returns, it has been widely reported that he is donating his $400,000 annual presidential salary. Sadly, many of Trump’s other charitable giving claims have been debunked, and the Trump Foundation was shut down as part of an agreement with New York authorities.

Once they release their tax returns, it will be interesting to see how much the other presidential candidates have donated to nonprofit organizations.

While the presidential primary elections are a year away, I want to give you a chance to anonymously vote today about how much a candidate’s philanthropy is likely to influence your support:

Michael J. Rosen is President of ML Innovations, Inc., a fundraising and marketing consulting firm serving nonprofit organizations and the companies that assist them. An AFP Certified Master Trainer and winner of the prestigious AFP/Skystone Prize for Research, Michael is the author of the bestselling book “Donor-Centered Planned Gift Marketing.”

Since this post was written, Sen. Cory Booker, a Democrat from New Jersey and 2020 presidential candidate, released ten years of tax returns and one financial stat stands out compared with the other Democratic candidates. Last year, Booker made $152,639 (his US Senate salary), paid $22,781 in federal taxes, and donated $24,000 to charity. His charitable-donation amount is about 15% of his 2018 income, making him the Democratic candidate who gave the largest percentage of their salary to charity, out of those who have released tax returns.